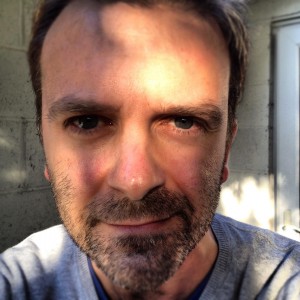 Julian Kindred is a Canadian producer, engineer and songwriter who has made numerous records with a wide and varied range of artists for over 20 years. Raised in a musical family, he took up keyboard and guitar, developing his craft and love of arranging. After doing his first recording session at the age of 15, and inspired by the records that moved him, he soon became obsessed with another craft – record making!

In an effort to demystify the recording process, he put his energies into studying engineering and began recording whoever, and where ever, he could. During this time he became driven by the musical potential and possibilities that recording provided. In the early ’90s, Julian moved to Nashville, TN and began recording in many of the legendary rooms of Music City with an incredible group of seasoned musicians and veteran producers. In time, he was being asked to record as well as produce artists himself, dealing with all the aspects of record making from arrangement to final mixing.

In 2003 Julian moved to London, England. Three years later he set up Nonsuch Park Studio where he continues to record, mix and develop artists from the UK and abroad. The studio has become a favourite amongst artists looking to create their music in a relaxed yet effective environment.

Julian’s work has won two Grammy awards as well as garnering six Grammy nominations. He is passionate about maximising the creative recording ambitions of those who work with him. Whether it’s making a track as bare as possible to allow a beautiful melody to shine through, or combining disparate influences in the hope of concocting unique musical and sonic results, he is constantly pursuing new ways to achieve artists’ vision, while drawing from a rich history in the recording studio.